(The below story is from user Synthead, Read the original thread here)

I have a pull-chain fan on the ceiling, and sometimes it's a little too cold with the fan on while I'm trying to sleep. Standing on the bed and pulling controls is for plebs, so why not integrate it into some automation?

Here I am getting the wiring ready for the upgrade! The components: a GE 14287 fan controller and a Lutron PD-6WCL-WH dimmer! These guys will live in the attic with power outputs running into the light and motor of the fan 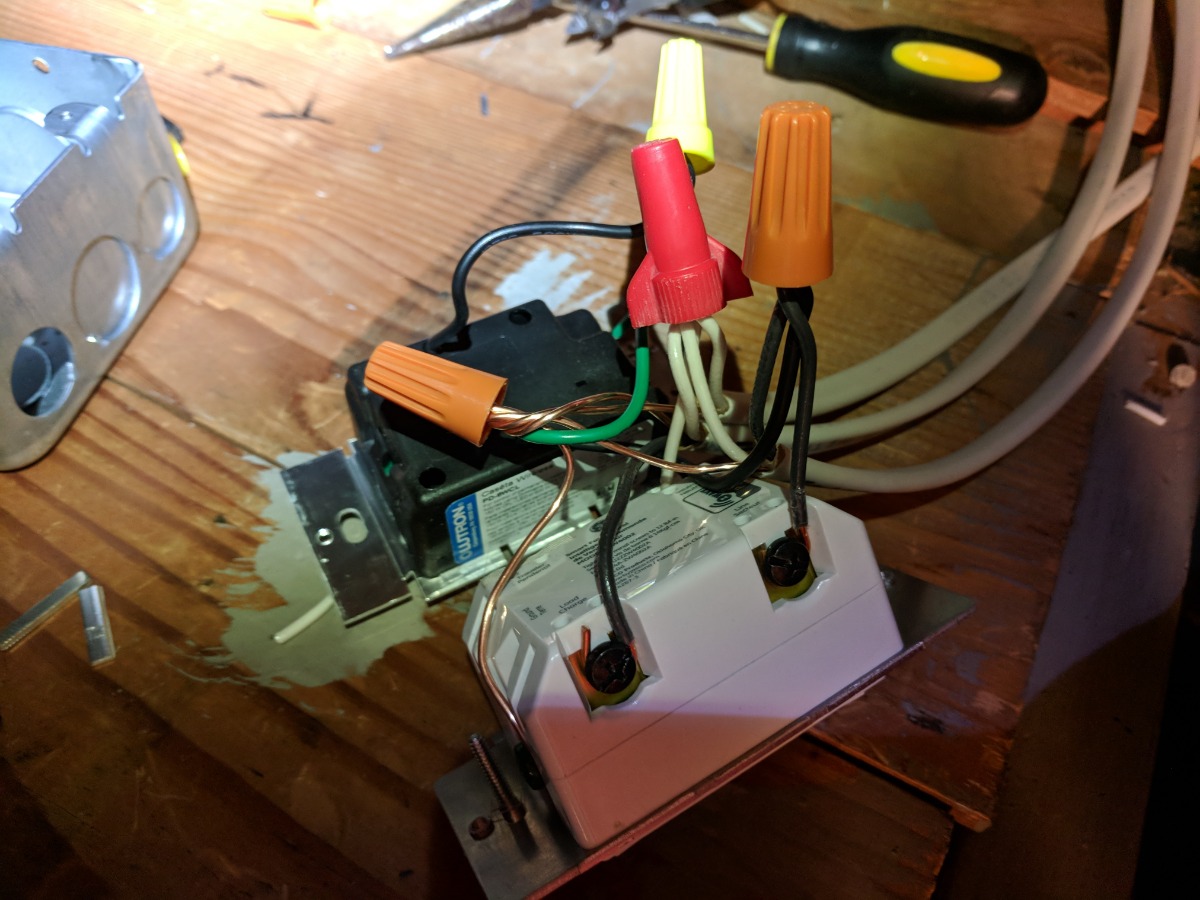 They're two different ecosystems: Z-Wave and Lutron Caseta. I use them both with Home Assistant, so they're seen as fan or light entities regardless of the ecosystem. The only thing to be concerned about is that they're both mesh networks, so the more Z-Wave or Caseta stuff you have, the better connection you'll get. Using both instead of focusing on one platform means you'll have two weaker networks, but they're both strong enough for me. 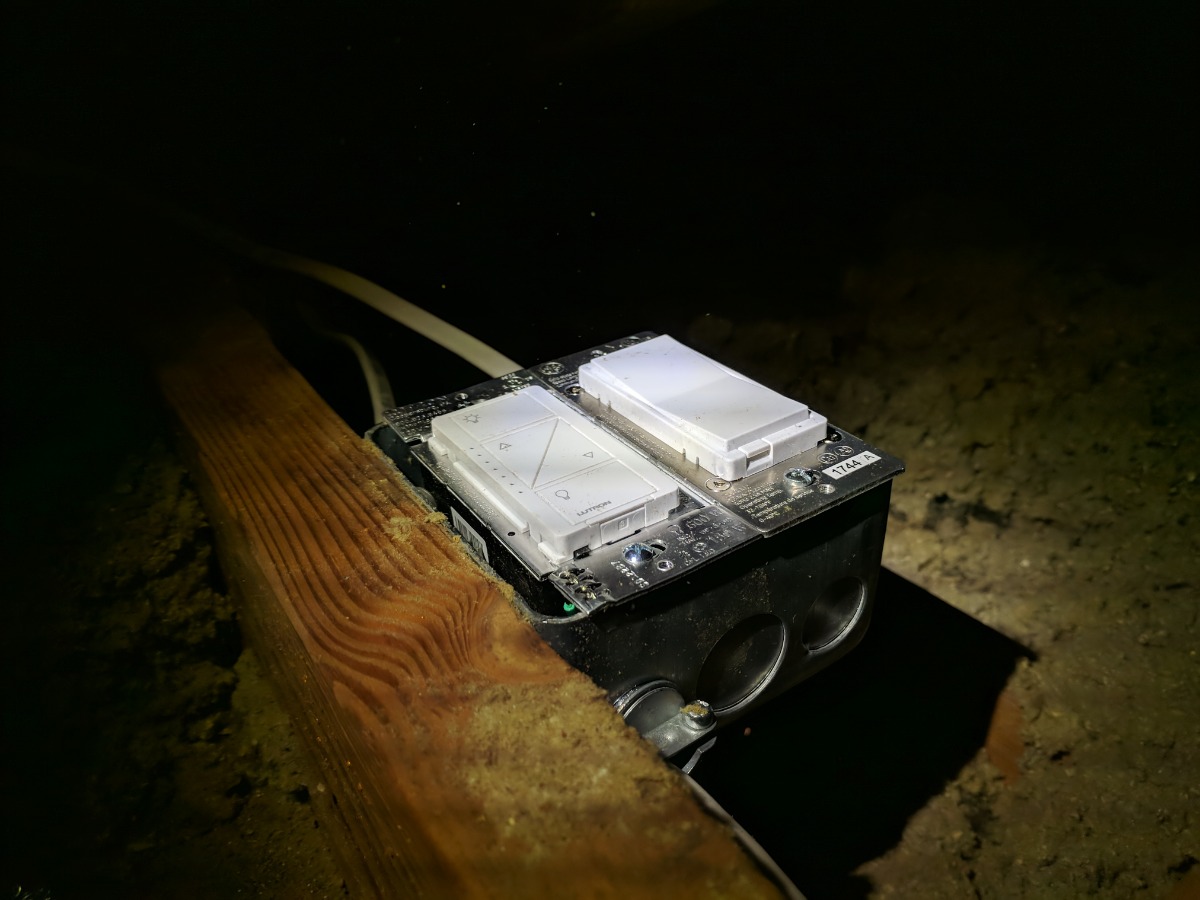 Fitted in a box! and Mounted to a 2x6 in the attic! This is about a foot and changes away from where the ceiling fan is.

The real reason why I use both platforms is that the Caseta line has a brilliant neutral-less dimmer with great controls, and it turns out that the Pico remotes are really nice and the connection between the devices are super solid!

Notice how the fan speed controller has paddle controllers. I understand the aesthetic appeal, but it only has four-speed settings. Wouldn't it be better if there were four buttons? 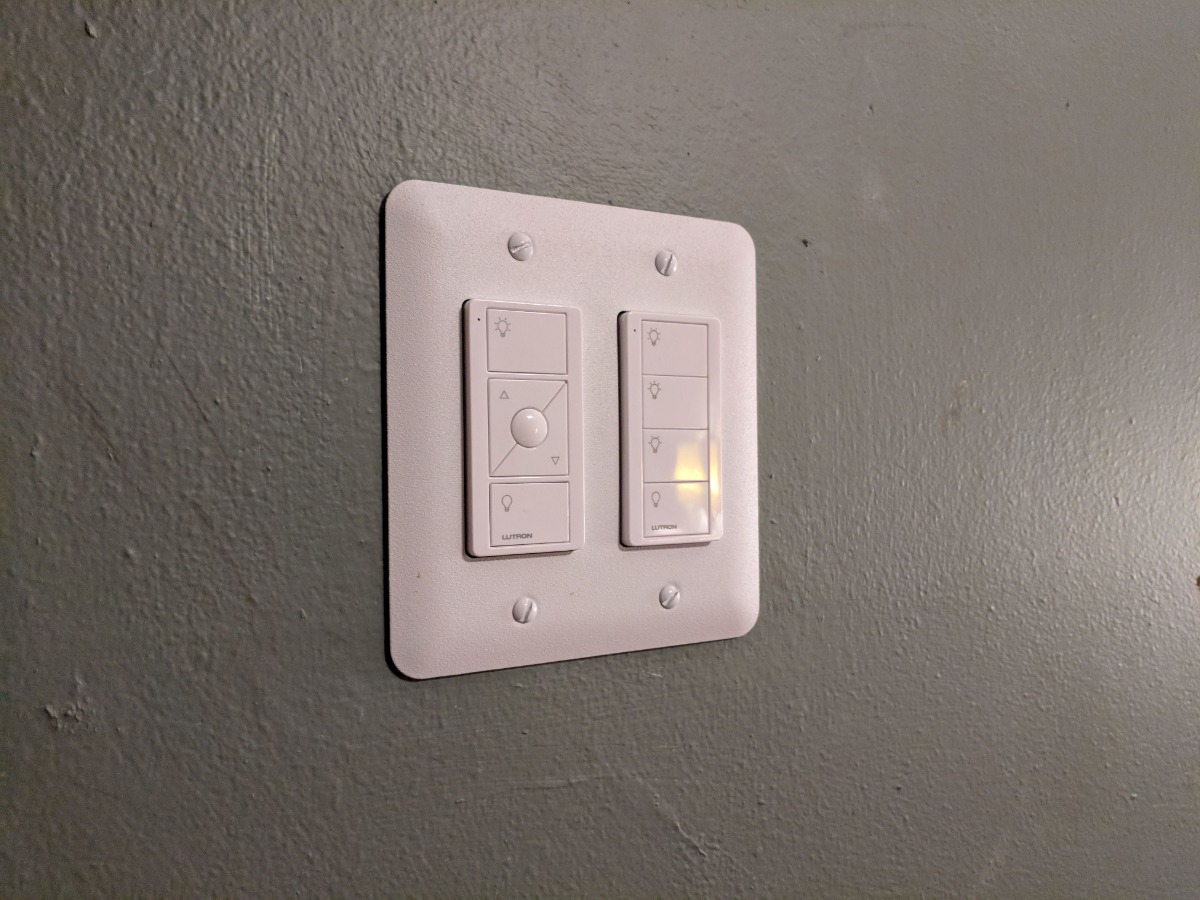 Got the controls installed in the wall!

The hot connection that was once connected to a switch is wire-nutted in the wall. The remotes run off button-cell batteries and should last a long time (I hope!). I'm considering adding more remotes in a larger-gang box for lights in the room, but that'll come later. 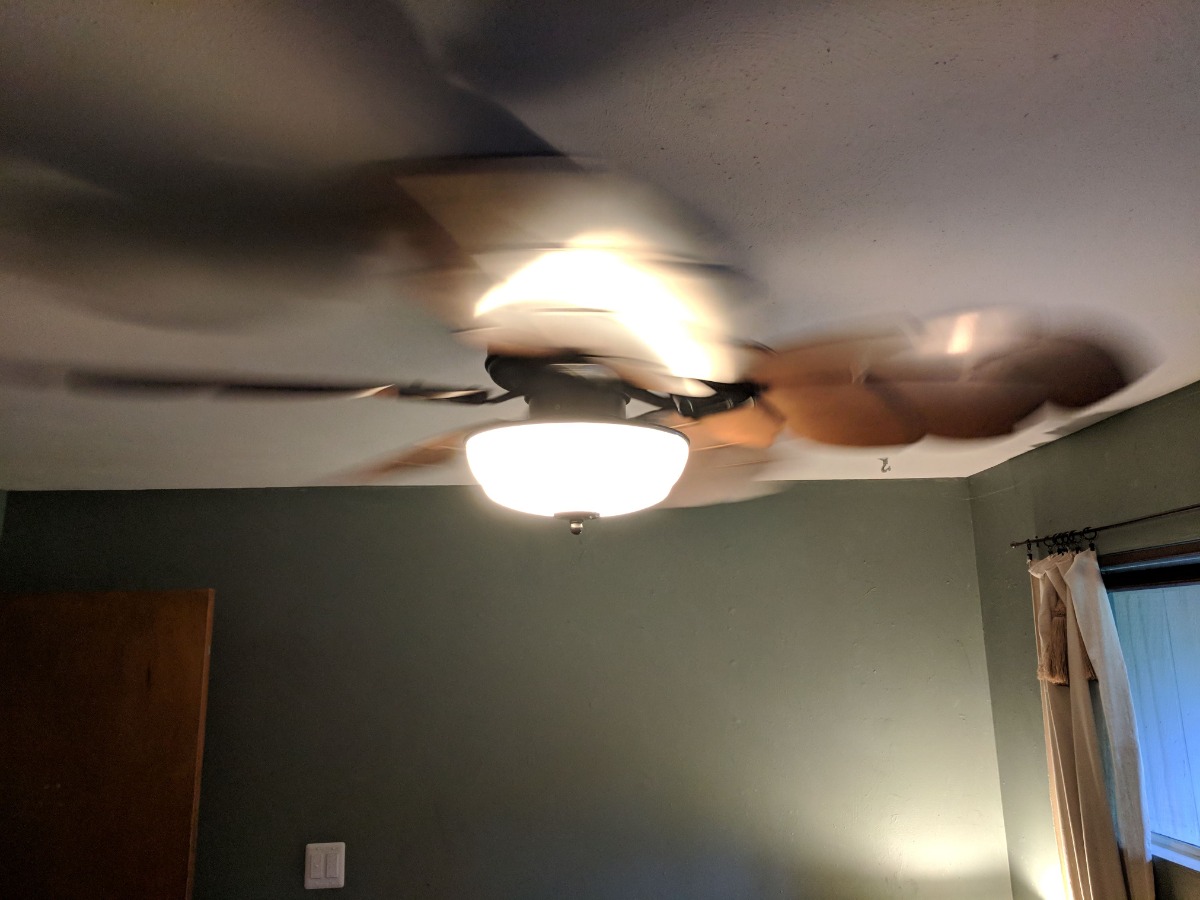 The fan! I modified it so that it'll always be on the highest speed with the lights on full. The speed controller and dimmer will take care of that. So naturally, I took the chains out since there aren't switches in it anymore. It looks super clean!

With the upgrades, I can control the fan's lights and motor speed using Home Assistant or through the Pico remotes on the wall. Neat!